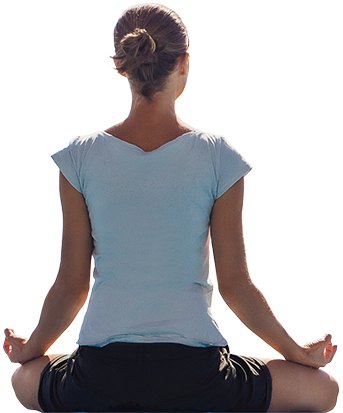 * These are the POWER 2020 speakers for those interested in the type of experts we feature. POWER 2021 has been cancelled, but the Symposium will return in 2022. 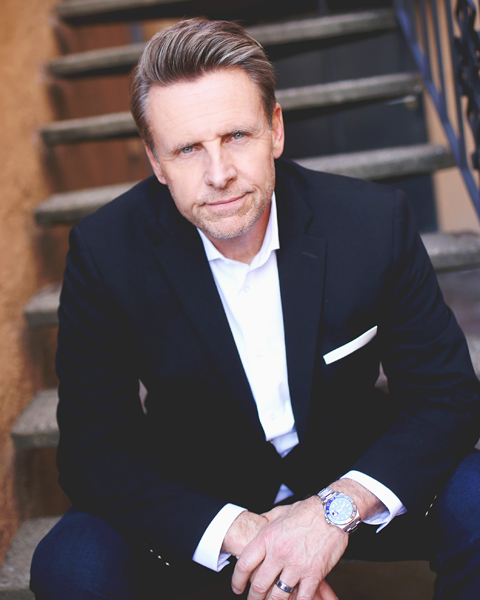 Nicholas Webb is a number one best-selling author and is one of the most popular Innovation, Healthcare, Future-trends, and Customer Experience Speakers in the world. Nicholas is the CEO of LeaderLogic, LLC a Management Consulting Firm that provides consulting services to the top brands in the world. Nicholas works shoulder-to-shoulder with boards of directors of multibillion-dollar companies to assist them in building future-ready organizations.

He has been awarded over 40 Patents by the US Patent and Trademark Office. Unlike most Innovation Speakers who have never actually invented anything and have no real-world expertise in the area of Enterprise Innovation, Nicholas is a multi-award-winning inventor of technologies ranging from one of the world’s smallest medical implants to a very successful line of educational and fitness products.

Nicholas was awarded his Doctorate of Humane Letters (hon.) for his contributions in Healthcare. Additionally, Nicholas serves as an Adjunct Professor of Healthcare Innovation and the Chief Innovation Officer at the Center for Innovation at Western University of Health Sciences. 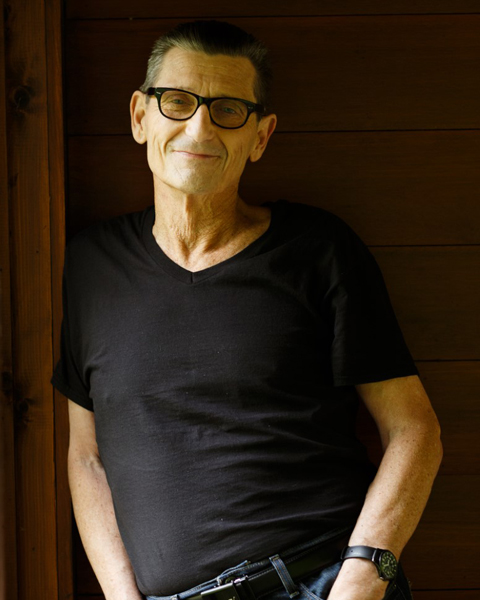 Stage 3+ cancer survivor, patient-centered care advocate and customer service expert, Lee Tomlinson is a nationally-known thought leader and TEDTalk Presenter on compassionate care. Combining his unique constellation of life experiences for the benefit of healthcare organizations, he is dedicated to bringing more compassionate care to the forefront of modern medicine.

Professionally, Lee is a former C-Suite executive who owned a legendary Hollywood studio, built another, raised tens of millions of dollars for a national charity, produced a decade of award-winning network television specials for CBS and the American Film Institute and toured the world as a professional athlete. After a lifetime of extraordinary experiences, Lee faced a battle with Stage 3+ throat cancer. His journey through cancer and encounters with compassion-less care led him to severe depression and thoughts of suicide, but it also opened his eyes to the life-saving benefits of compassionate care.

Fortunately, a deeply kind and caring physician renewed Lee’s will to live and inspired him to create “The C.A.R.E. Effect Movement.” A man on a mission, Lee discovered his true life’s purpose: to inspire, motivate and challenge medical professionals to provide compassion for their patients, colleagues, hospitals and most importantly – themselves. Through passionate storytelling, evidenced-based research and practical tools, Lee helps healthcare organizations create the culture and practices necessary to provide exceptional patient care, improve patient satisfaction, enhance employee engagement and increase profitability.

Lee is the author of Beyond Good, Beyond Great, To “Legendary” Customer Service, co-author of WAYMISH (Why Are You Making It So Hard…for me to give you my money?) and is completing Small Acts, Huge Impact, a collection of inspiring, true-life compassionate acts that changed the lives of both patients and healthcare providers. 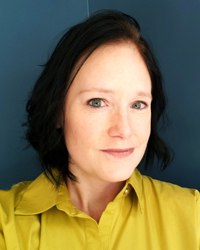 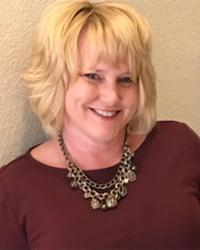 Angie brings more than 25 years of Medicare expertise to the Provider Outreach and Education team. She has worked on CERT error reduction and education for DMEPOS suppliers and physicians/practitioners. Angie is committed to helping providers with the challenges of understanding documentation and policy requirements and navigating the Medicare audit process. Her ultimate goal as an educator is to provide instruction that will result in Medicare provider compliance at the time of initial claim submission. 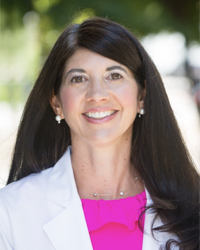 Dr. Lisa Darby is a Vascular Surgery specialist in Greenville, South Carolina. She earned her medical degree from the University of South Carolina School of Medicine Columbia and completed a residency in Internal Medicine-Pediatrics, as well as a fellowship in Vascular Medicine, at Greenville Health System.  She is board-certified by the American Board of Internal Medicine and the American Board of Vascular Medicine. 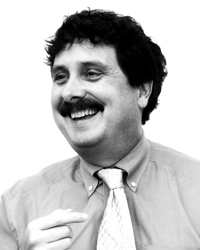 Dan is a principal of Jennings, a leading healthcare marketing and audience engagement firm. He is a healthcare marketer, innovator, brand consultant, blogger, author and sought-after speaker, regularly serving on the faculty of national and regional healthcare conferences. Dan is extremely active as a thought leader in the field of healthcare marketing. He serves on the editorial board of eHealthcare Strategy & Trends. He is a contributor to a number of healthcare marketing publications and news services including Ragan’s Health Care Communication News, SmartBrief for Health Care Marketers, Strategic Health Care Marketing, Healthcare Strategy Alert, and Healthcare Marketing Report. Dan serves on the judging panels of the Digital Health Awards and the National Health Information Awards. He is a board member of the New England Society for Healthcare Communications (NESHCo) and a co-chair of SHSMD’s Digital Engagement Taskforce. 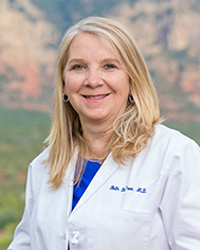 Dr. Beth DuPree transitioned her primary breast care practice to Sedona, Arizona in September 2017. She brings more than 26 years of expertise and passion to Cancer Centers of Northern Arizona where she serves as Medical Director and is developing a fully-integrative breast cancer program. Sedona has long been her favorite place on the planet since finding it in 2001. She plans to retire there, but not soon!

Dr. DuPree is a breast surgeon who embraces Eastern-healing philosophies as she remains on the cutting edge of Western medical technologies. She has been Vice President of Holy Redeemer Health System overseeing Surgical Services, Women’s Health, Employee Wellness and Integrative and Holistic Medicine. She has an academic appointment as an Adjunct Assistant Professor of Surgery at The University of Pennsylvania. She also is a Fellow of the American College of Surgeons and is board certified in Surgery, as well as Integrative Medicine.

Dr. DuPree is the recipient of numerous awards, achievements and serves on the advisory boards for several breast cancer organizations. She was named to Philadelphia Magazine’s 2016 and 2017 TOP DOCS in surgery and Complementary Medicine. She is a graduate of The University of Pittsburgh and Hahnemann University (Drexel) School of Medicine.

Dr. DuPree believes that “You must be the change you wish to see in the world” (Gandhi), and inspires her patients, colleagues and acquaintances to be the change. In 2007, she founded The Healing Consciousness Foundation that provides healing/ integrative services free of charge to women and men on their breast cancer journey. She is the author of The Healing Consciousness: A Doctor’s Journey to Healing, a Reiki Master, national and international physician educator, inspirational speaker, pilot, philanthropist, health and wellness enthusiast, and a loving wife of 30+ years and mother of two amazing sons. 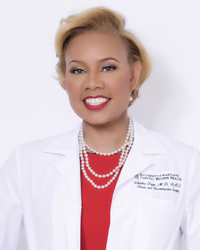 Dr. Vikisha Fripp is a natural leader and has been recognized as such throughout her life. She was the first person to successfully complete the combined BS/MD program at Fisk University and Meharry Medical College in Nashville, Tennessee. She then completed her General Surgery training at Howard University Hospital, earning Intern of the Year, Resident of the Year twice and graduating as Chief Resident of the Year. She completed her Plastic and Reconstructive Surgery training in 2006 at the prestigious Cornell University – New York Presbyterian Hospital.

She is active in the medical community currently serving as the Vice Chairman for the Board of Medicine for the District of Columbia, member of the Federation of State Medical Boards Sexual Boundary Violations Workgroup and member for the Medical Advisory Committee for Amerigroup DC Medicaid. She has served on the Medical Executive, Ethics, Peer Review, Credentialing and Operating Room committees within the hospital.

Her primary interests are body contouring, non-surgical enhancement of the face, eyes and neck, anti-aging skin care, reconstructive breast surgery and post-massive weight loss body sculpting. She believes Plastic Surgery allows the surgeon and patient the opportunity to sculpt individual creations. She encourages patients to be the best version of them selves. She also strongly encourages coupling every procedure with a balanced diet and exercise to maintain their results long term.

Outside of medicine, Dr. Fripp a member of the Class of 2013 Leadership Greater Washington and supports several organizations that share her passion for children, literacy and health promotion. She is a founding member of Artemis Medical Society, which was created by a group of African American female physicians to encourage minority girls to pursue careers in STEAM. She is also a women’s health advocate and a frequent lecturer encouraging women to prioritize their health.

Dr. Fripp lives in Washington, DC with her dynamic 8-year-old daughter and energetic 6-year old twin boys. She is an avid runner, having completed three full marathons, numerous half marathons and is preparing to run her first international race this fall. She is writing her first book on her unique experiences in medicine with an anticipated publish date of October 2020. She enjoys discussing world history and religion and spending time outdoors and traveling the world with her children and friends. 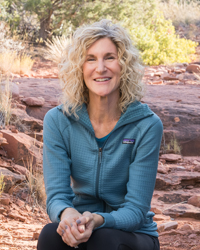 Cheri Raimonde is a physical therapist with a clinical doctorate in physical therapy in Verde Valley Medical Center’s EntireCare Rehab and Sports Medicine Experts department. She is located at the west Sedona outpatient location.

Cheri enjoys learning from working with patients with a variety of diagnoses. She has a special interest in neurological rehabilitation, and finds working with that particular patient population both challenging and rewarding. Cheri was a leader in the creation of EntireCare’s Neuro Boot Camp, an intensive treatment program for neurological diagnoses.

Cheri completed specialized training to work with Parkinson’s disease patients, and is also trained in the use of the Bioness assistive walking device. She is skilled in the use of proprioceptive neuromuscular facilitation or PNF techniques, a set of stretching methods used to enhance active and passive range of motion with the goal of optimizing motor performance and rehabilitation.

Cheri’s interest in physical therapy began after her father fell off a roof, fracturing his left elbow and hip. She knew she would enjoy working in a field that encompassed exercise, healing and a close relationship with patients. Cheri appreciates the holistic aspect of treatment and having the knowledge to treat not just the affected body part, but the whole patient.

Cheri’s philosophy is to keep moving because exercise and mobility are the best medicine. One month after turning 50 years old, she ran a 50-mile race through the Bryce Canyon area, winning her age group. She lives in Sedona, Arizona with her husband, Ron, son, Zane, and goldendoodle, Boomer. 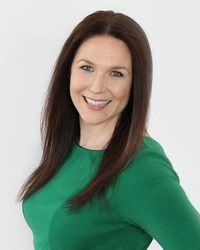 ENTHUSIASTIC. DRIVEN. PASSIONATE. CREATIVE. SHARP. DYNAMIC. Those are all words audiences use to describe Jill Schiefelbein. University faculty-turned-entrepreneur, Jill is an award-winning business owner, author and recovering academic. She taught business communication at Arizona State University for 11 years, analyzed terrorist documents to provide counter-terrorism messaging strategies to the military and was a pioneer in the digital education space, creating an office serving 60,000 students and—with no staff or operational budget — adding $1M in revenue in its first year.

Today, Jill resides in New York City and runs The Dynamic Communicator®, providing custom communication training and strategies for her clients — through workshops, keynote speaking, consulting, and virtual training. She’s helped clients all over the spectrum learn dynamic communication skills: from Boomers, to Millennials, to Generation Z, from Fortune 500 companies, non-profit organizations, and even some reluctant professional athletes.

She’s a VIP contributor to Entrepreneur and a livestream video personality. She has a syndicated YouTube channel that teaches communication skills and reaches thousands each week. Her latest book, Dynamic Communication: 27 Strategies to Grow, Lead, and Manage Your Business, is in bookstores around the country.